So I just realized that my first food post of 2015 is a vegetable dish. Serious identity crisis going on over here....who am I?

But this recipe is special--so much so that I unknowingly decided to feature it as the first food post for the new year because it's just that solid. No potatoes were used in this recipe unlike other "mashed potato" recipes I came across which used a mix of potatoes and cauliflower. The crazy awesome thing about this recipe is that it mocks the exact taste and texture of garlic mashed potatoes. Winning.

I first utilized this recipe two Thanksgiving ago and totally tricked my sister and dad into thinking they were eating mashed potatoes throughout dinner. It was hilarious. During the meal I was asking my sis what she thought about my new recipe and she was like "this is pretty good! What different ingredients did you use?" I 100% lied to their faces and told them it was a new mashed potato recipe I used and omitted that teeny tiny important fact that I only used cauliflower. Boom. 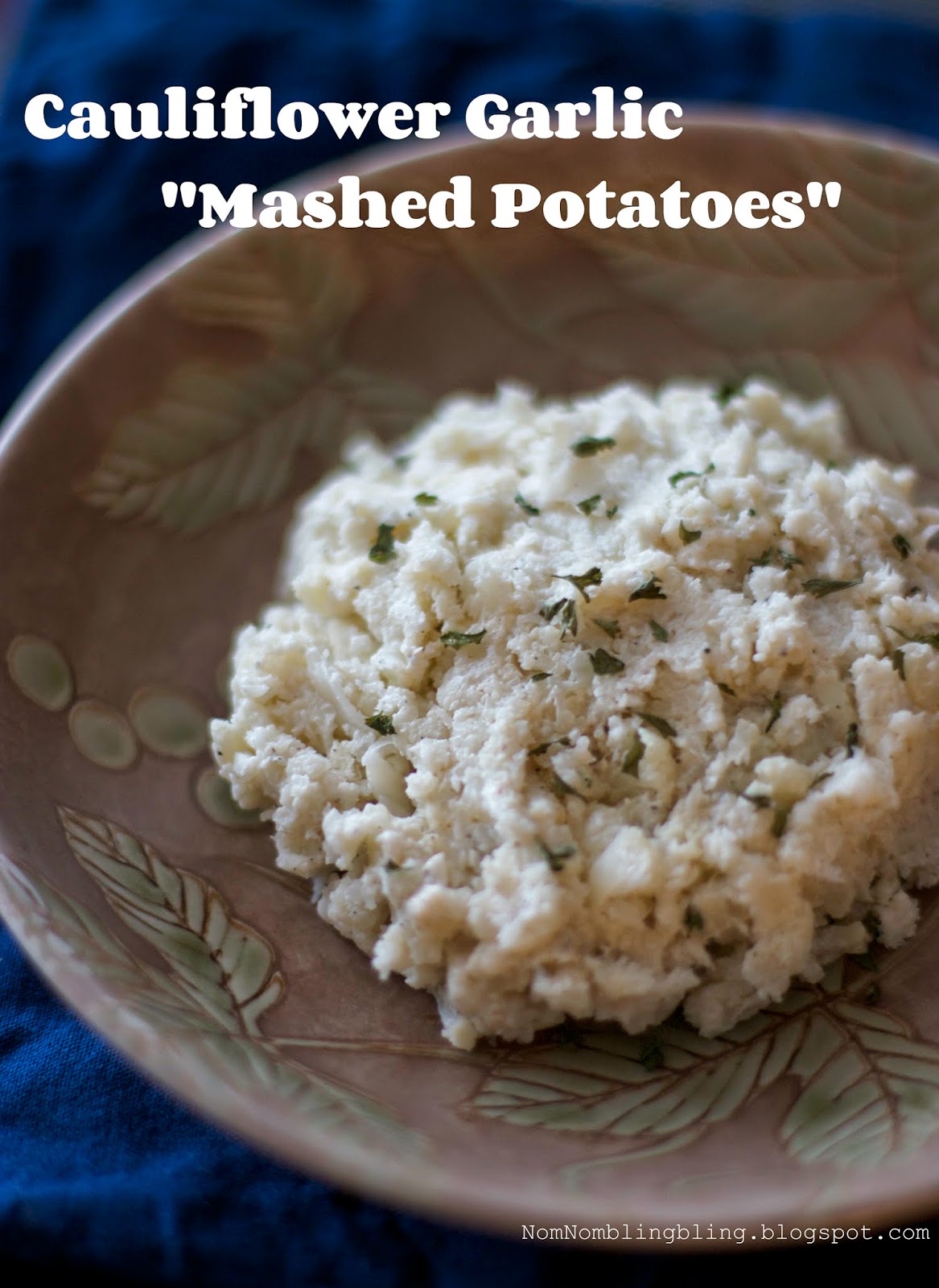 If I could trick the two people I know who have strong aversions to foods that are characterized as healthy, then you know this recipe is a good one. Since that thanksgiving dinner, this recipe has been on heavy rotation and whenever I make it for the family, I always remind my sister of that time I tricked her into thinking she was eating mashed potatoes....because that's just what older siblings do. Le duh.

On a side note, the blog will be on hiatus for a couple weeks because I'm leaving for Paris/London this weekend! Looking forward to this trip especially because it will probably be one of the last international vacations I will take for awhile. More on that later;)

Have a great weekend. Xo.

Procedure
1. Set a stockpot of water to boil over high heat.


2. Clean and cut cauliflower into small pieces. Cook in boiling water for about 6 minutes, or until well done. Drain well in colander; do not let cool and pat cooked cauliflower very dry between several layers of paper towels.

3. In a bowl with an immersion blender, or in a food processor, puree the hot cauliflower with the cream cheese, Greek yogurt, Parmesan, garlic, chicken base, and pepper until almost smooth.

4. Garnish with chives, and serve hot with pats of butter.

**Try roasting the garlic and adding a little fresh rosemary for a whole new taste. 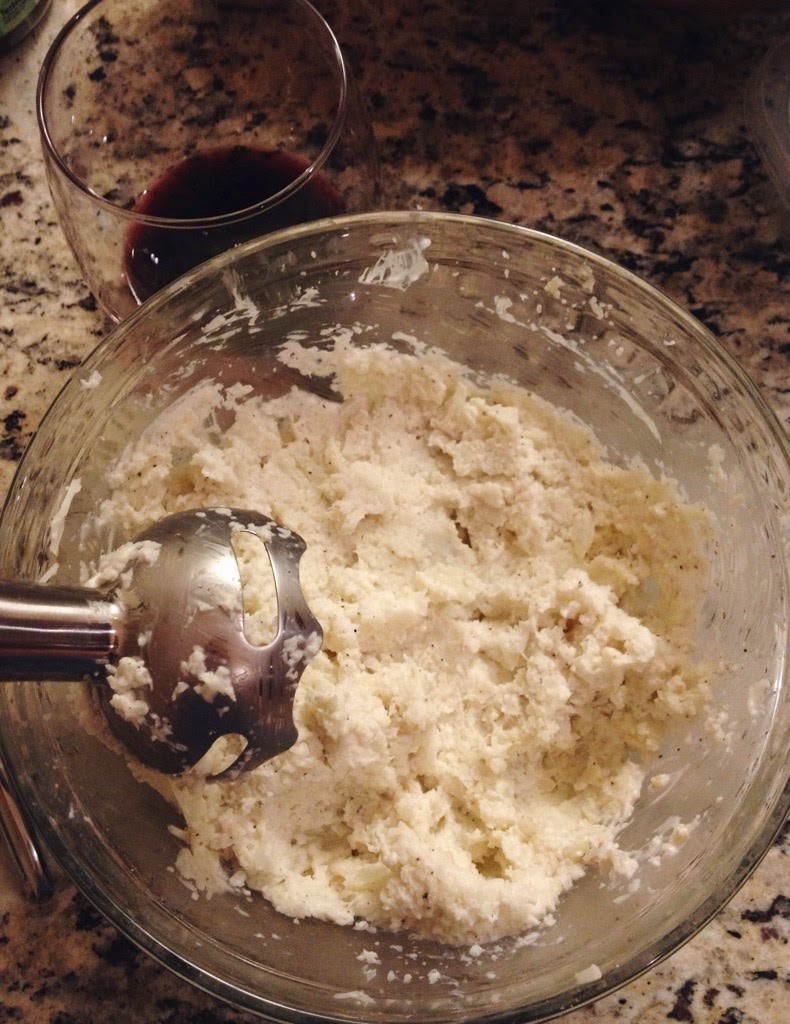 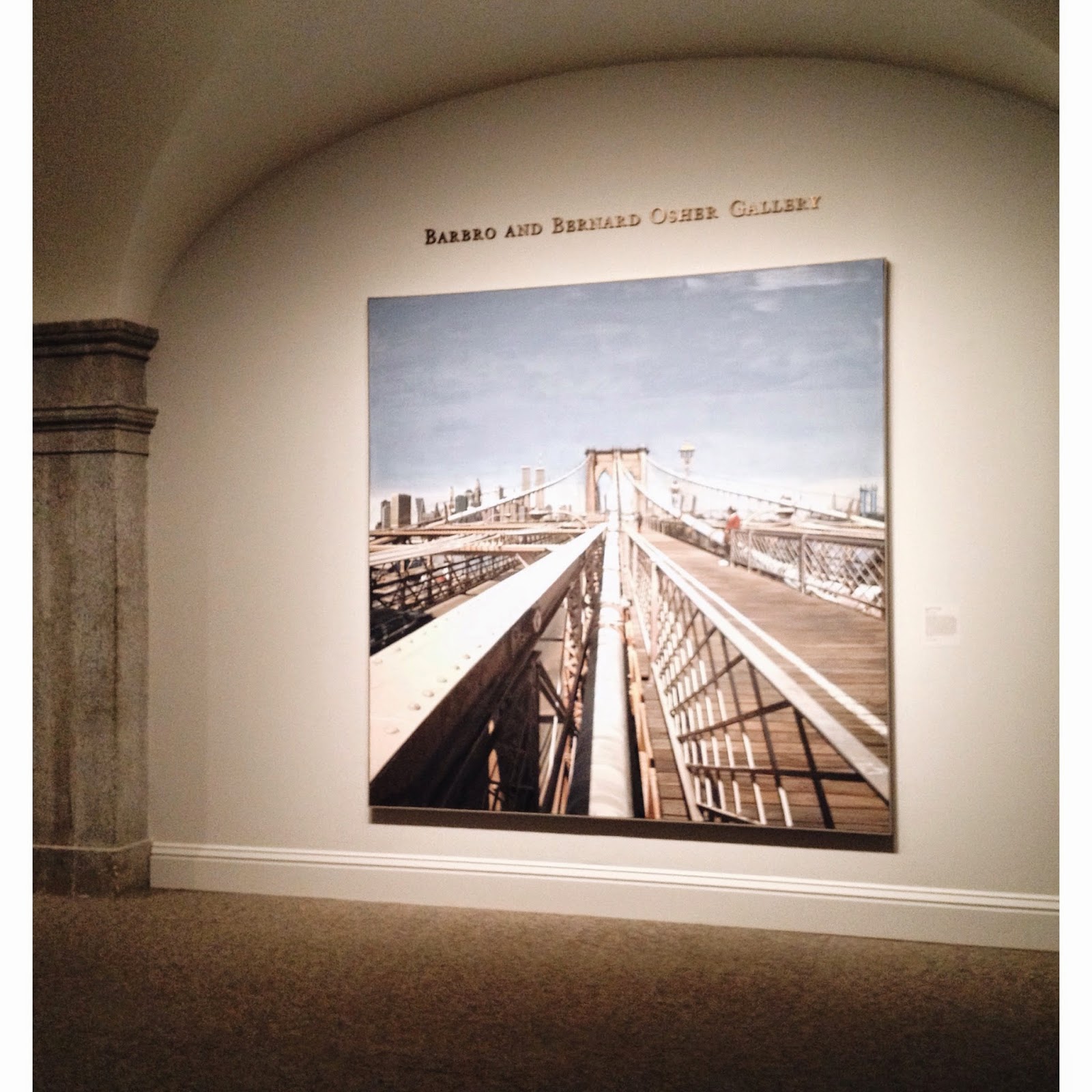 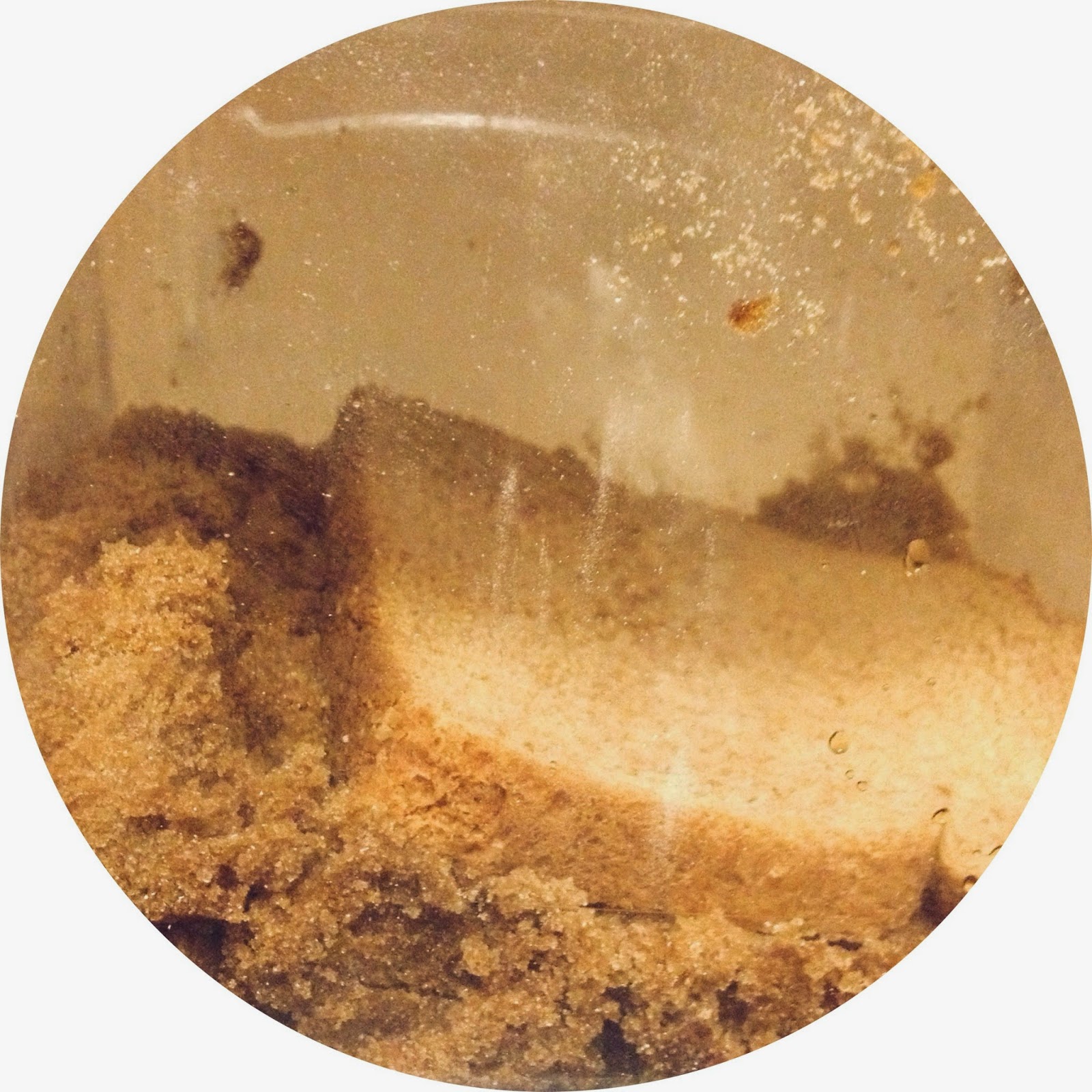 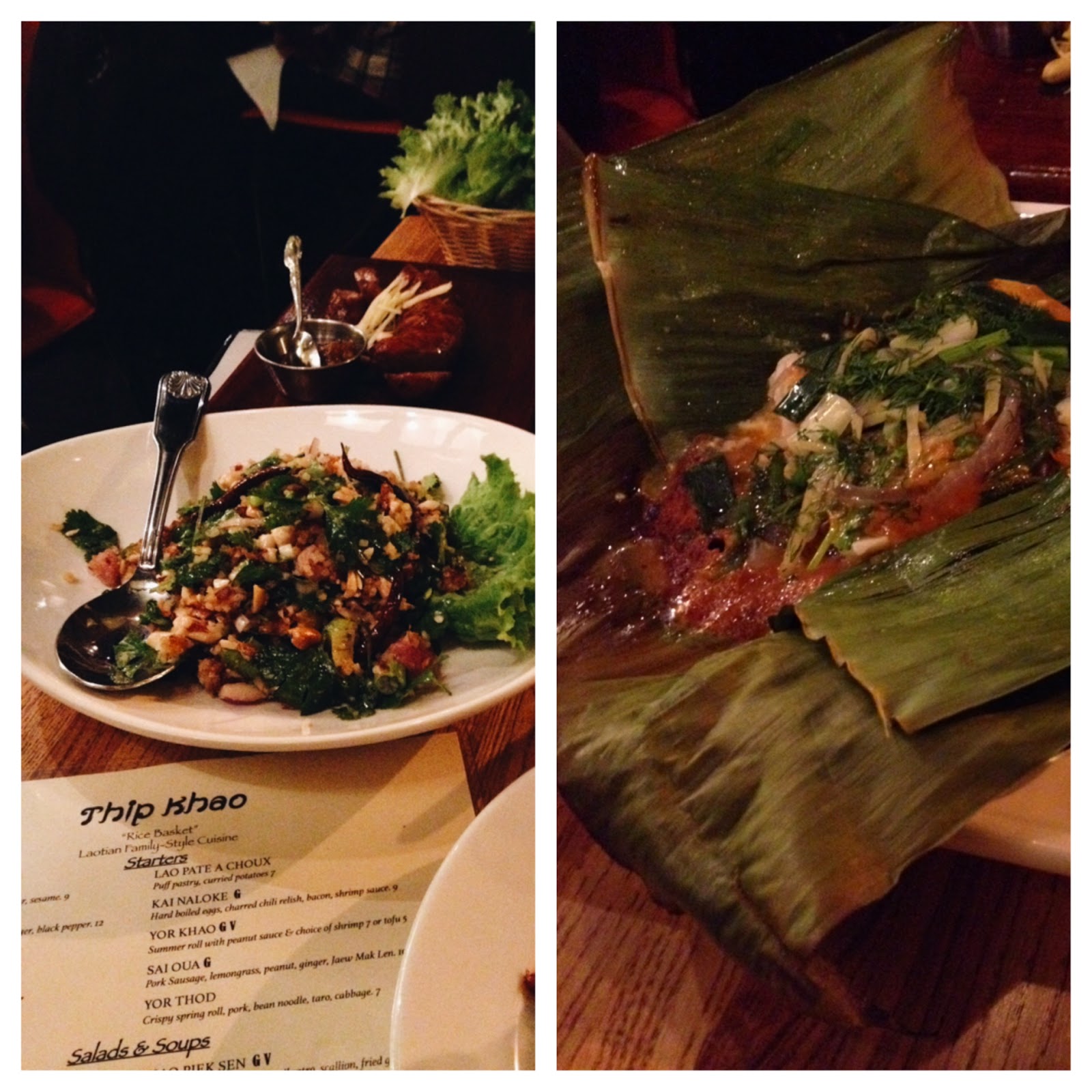 1. Had a quiet night in to myself on Friday since I knew the weekend was going to be busy for the next couple of days. I made my favorite cauliflower mashed potatoes (recipe will be posted soon), binge watched on episodes of Californication via Netflix, and started making a list of things I need to get done this week before I leave for Paris/London next weekend!

2. Went to the National Portrait Gallery. It's one of the few museums that opens late on the weekends and wanted to check out the Richard Estes' exhibit. His work consists of clean, geometric landscapes which is amazing because his paintings look like photographs. So good. The exhibition will be there until Feb. 8th.

3. Was in the midst of baking until I noticed my brown sugar turned into a rock-hard brick. Brown sugar has the tendency to do this and I usually keep several slices of stale bread in the fridge to use to soften brown sugar. I let it sit for a day and the brown sugar softens like a charm. I read that apple slices works as well.

4. Checked out a new DC Laotian restaurant called Thip Kao in the Columbia Heights area. This was my first time having Laotian food but looking over the menu prior to dining gave me the impression it is somewhat similar to Thai food which I love.  We told the waiter this was our first time eating Loatian food and that we wanted dishes that would represent the cuisine so he suggested Sai Qua (pork sausage), knap pah (grilled fish wrapped in banana leaves), and naem khao (crispy rice salad) all shared between two people. I can't rave enough about the flavors and execution of the dishes--perfectly balanced with spicy, sweet, and sour notes (though their drink menu could improve). The last time I was impressed with a DC restaurant was when Rose's Luxury (now named number 1 new restaurant in the US via Bon Appetit) opened...until I ate at Thip Kao. Highly recommend this restaurant and they take reservations which is always a bonus. I have a feeling this place is going to gain popularity quickly.


How was your weekend? 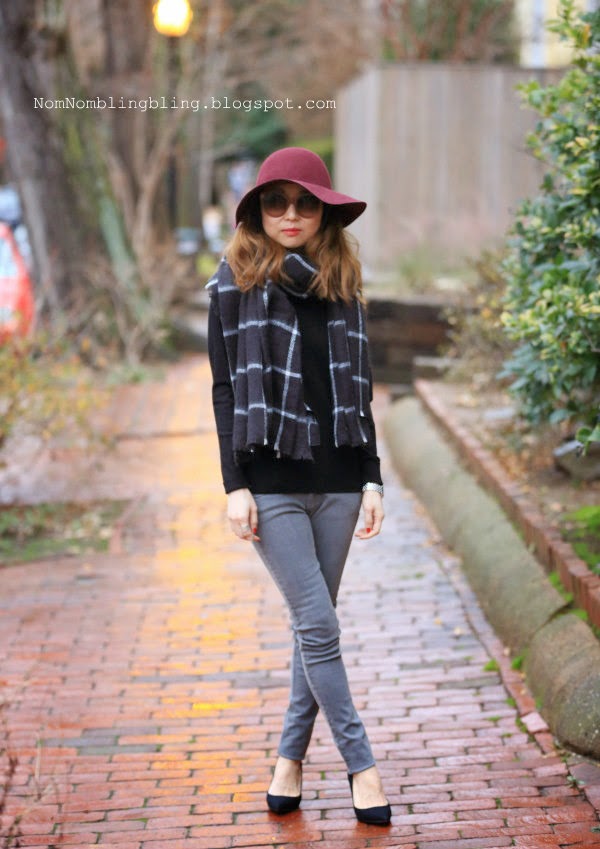 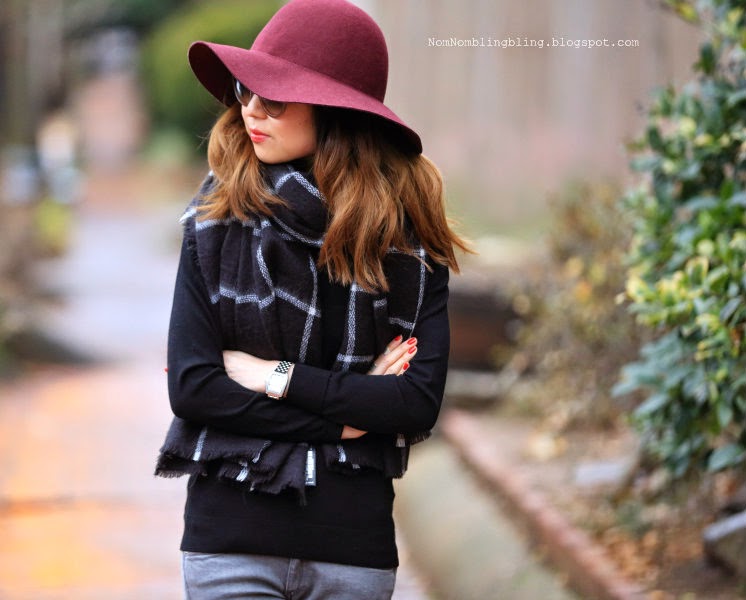 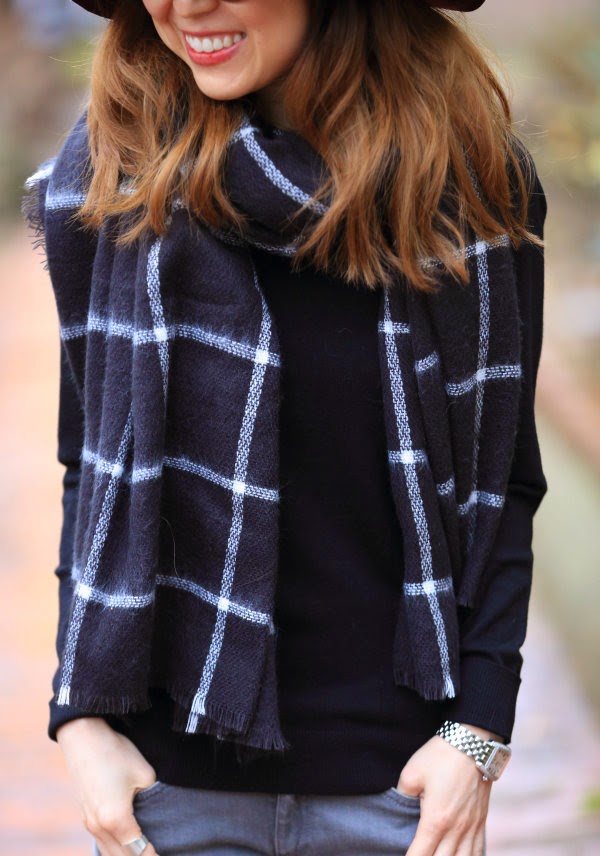 Happy Friday! Some of the most worn winter accessories for me thus far have been wool/knit hats and cozy blanket scarves. I've accumulated quite a bit of scarves since last winter (my loving sis calls me the crazy scarf lady) but they've each been on heavy rotation, which in my mind justifies the purchases;)

Have a great weekend. Xo.
Posted by Linda 1 comment:

Borrowed from the Boys 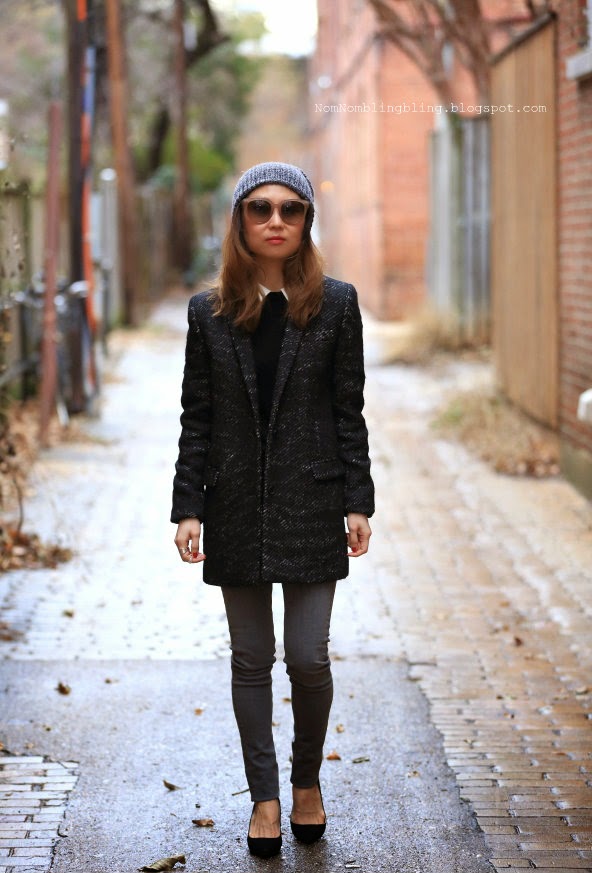 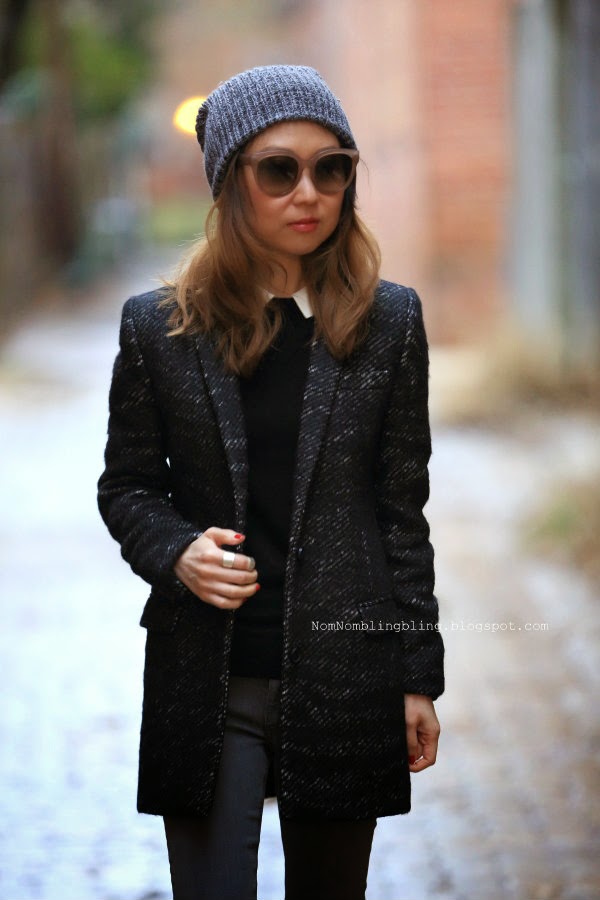 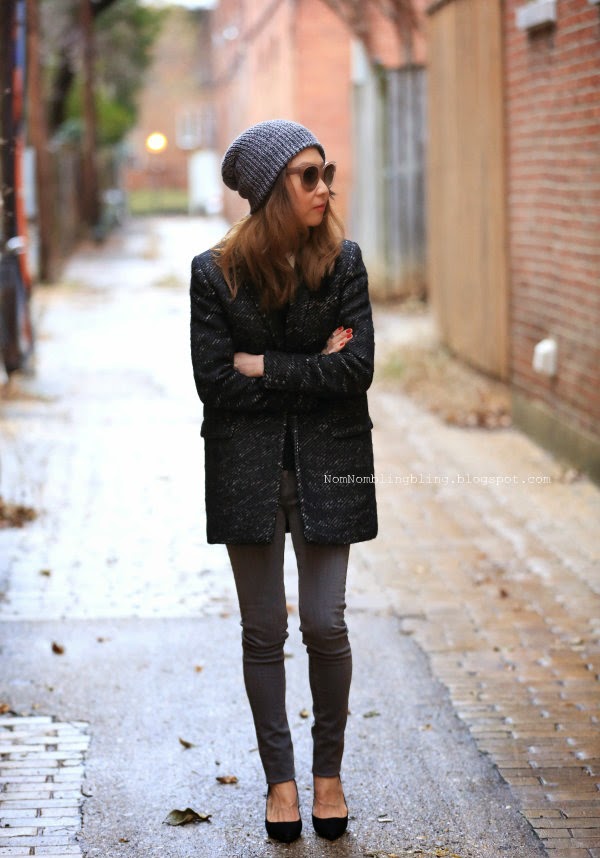 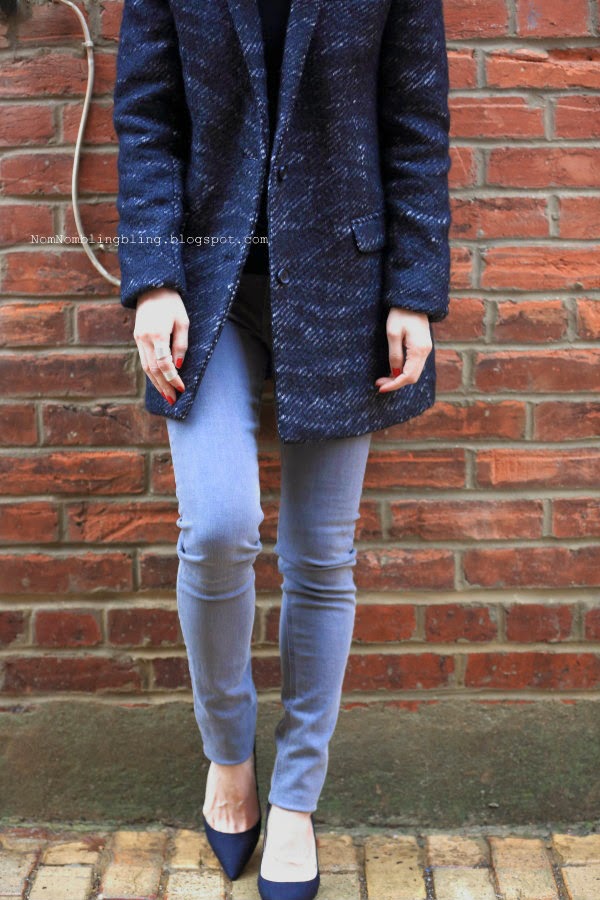 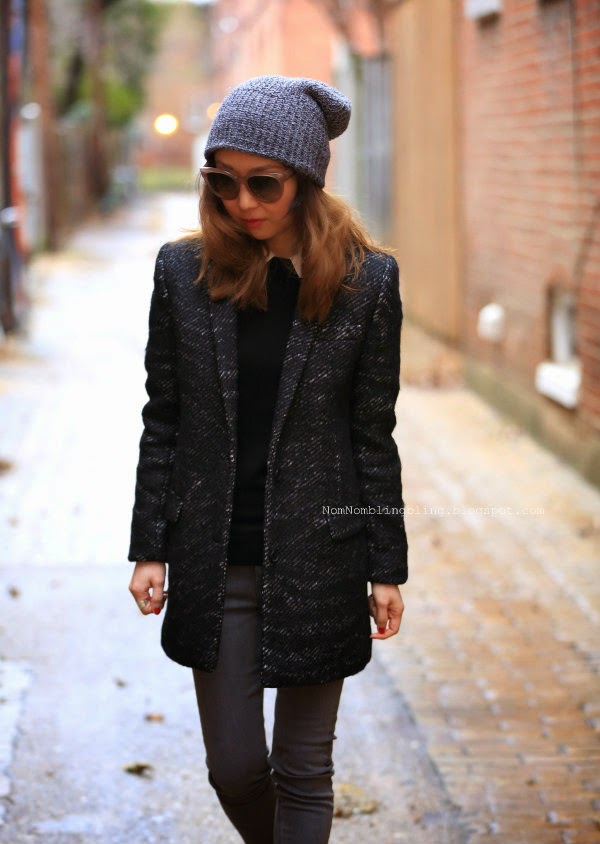 There's a part of me that's always gravitated towards menswear inspired pieces but finding pieces that fit a petite frame is hard to do with out having the clothes swallow your frame. I've been trying to find outwear that take inspiration from the other gender and recently came across this coat over the holidays from a new to me brand--The Kooples. There's something about menswear inspired pieces that just seem so relaxed, cool, and stylish when worn by women. Joining the boys club.

Have a great week. Xo.
Posted by Linda 1 comment: 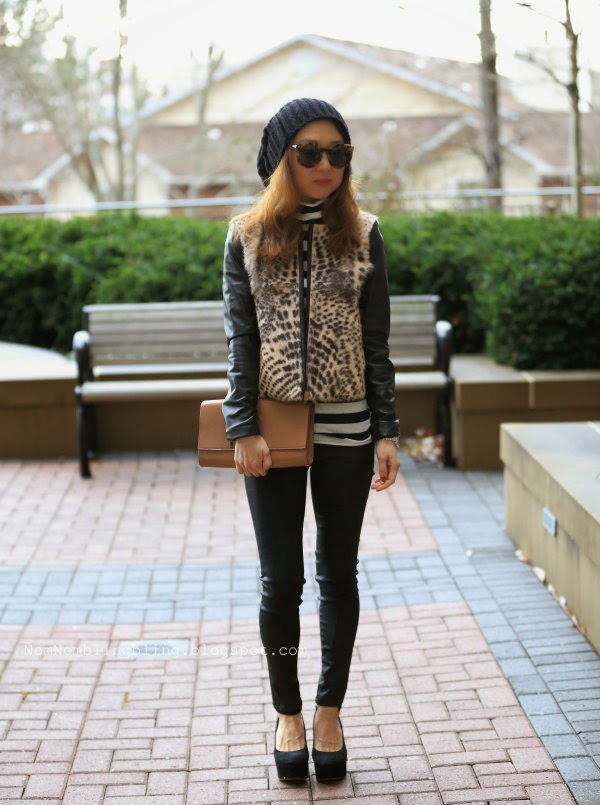 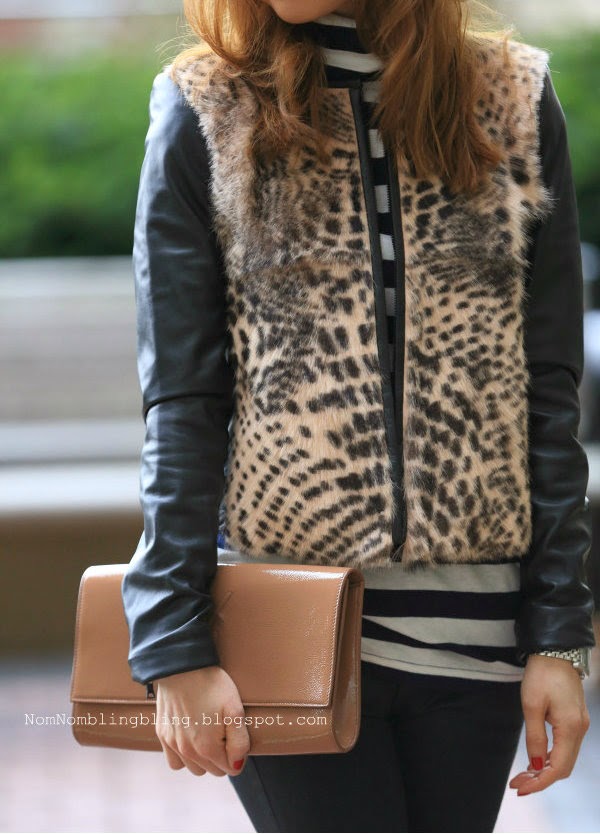 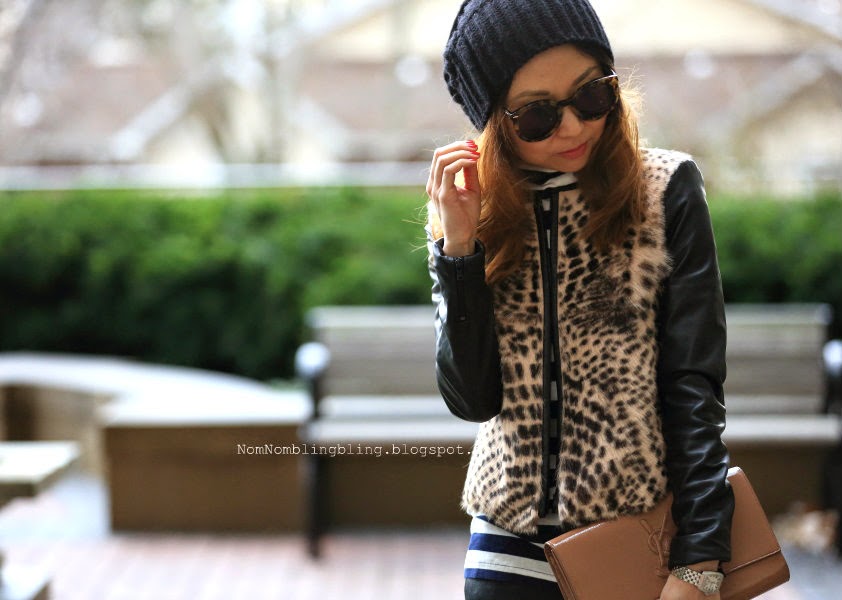 When two of my favorites (leather and leopard) meet in outerwear form, this jacket would be it. The leather sleeves adds a sleek polish to the soft leopard printed front and elevates a basic leather jacket into something a bit more special. Love.

Stay warm and have a great weekend. Xo. 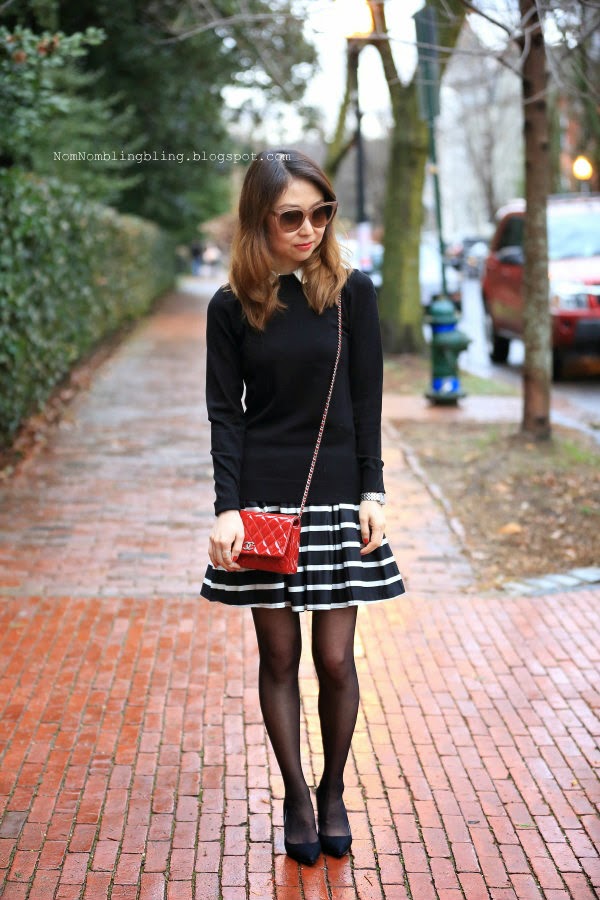 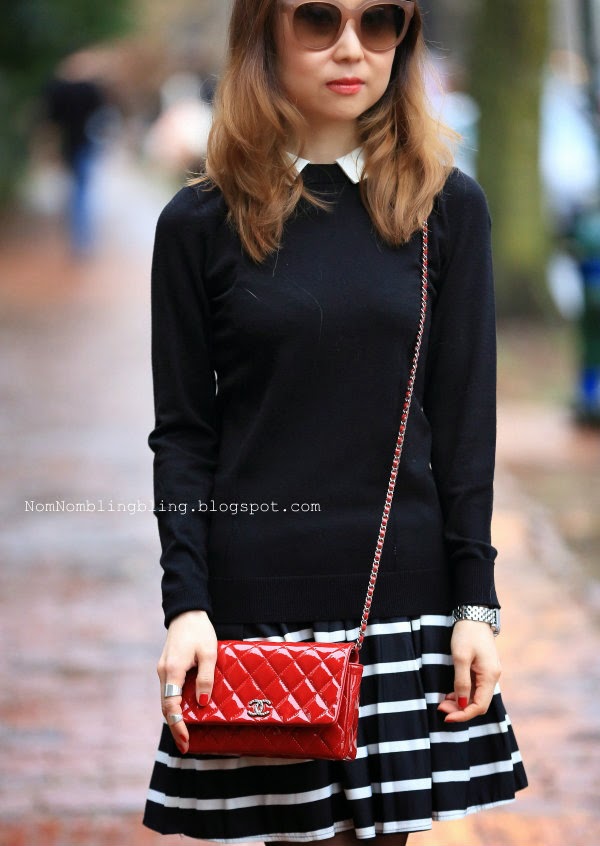 Happy Wednesday! Hope my fellow east coasters are staying warm in this sudden frigid temperatures we experienced yesterday and will today. Over the weekend the DMV area had unusually warm weather, so wearing a skirt on my way to dinner made sense at the time but that's definitely not happening today. 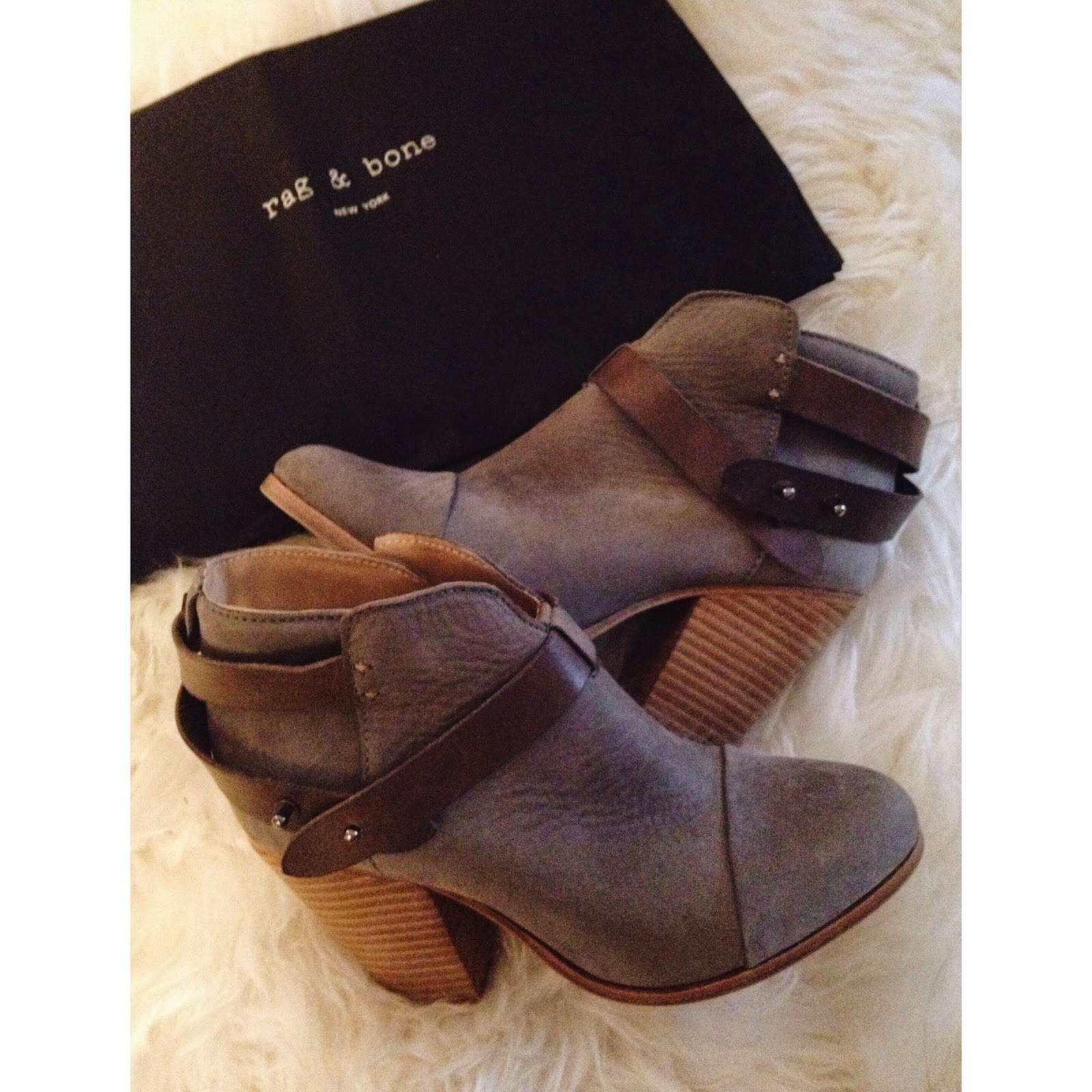 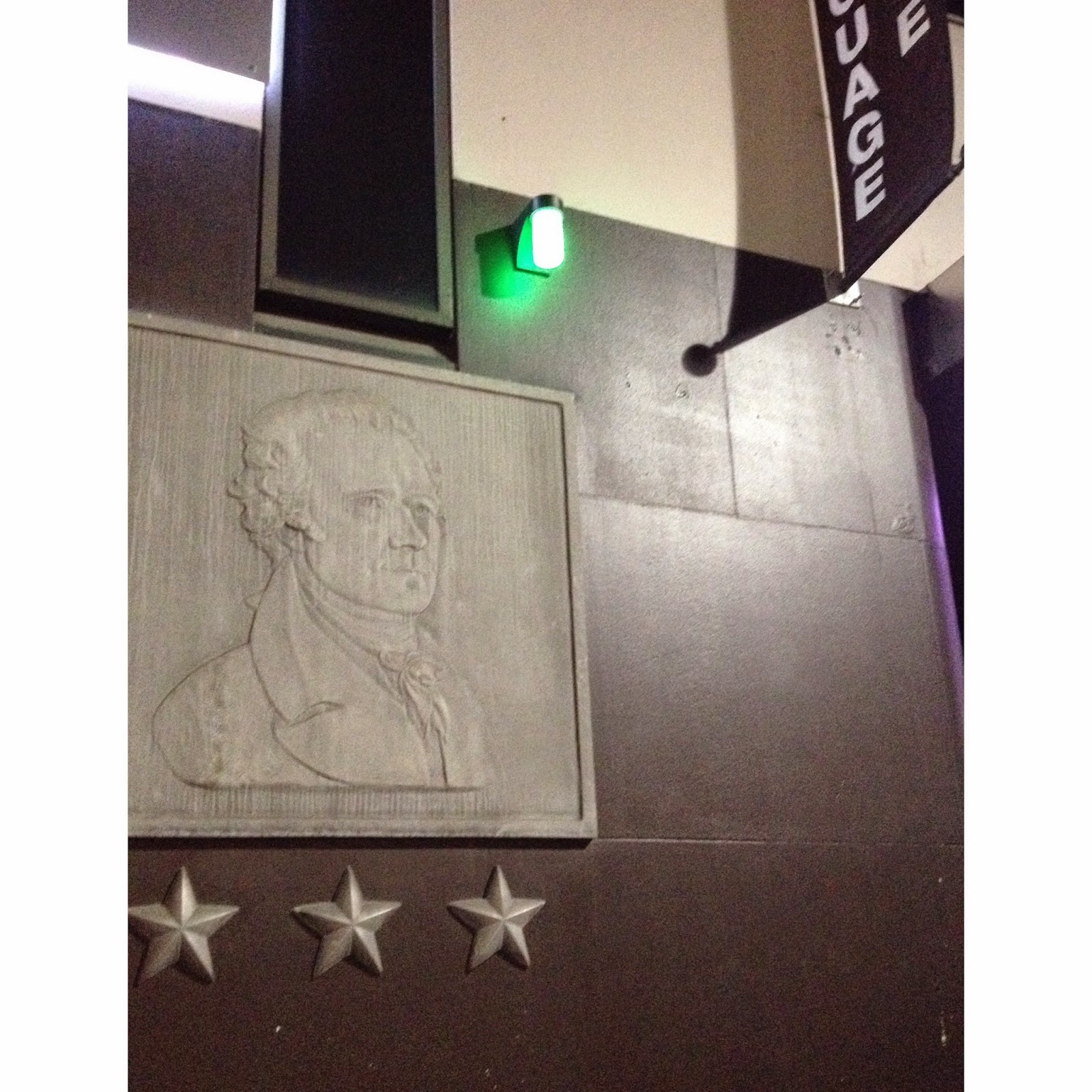 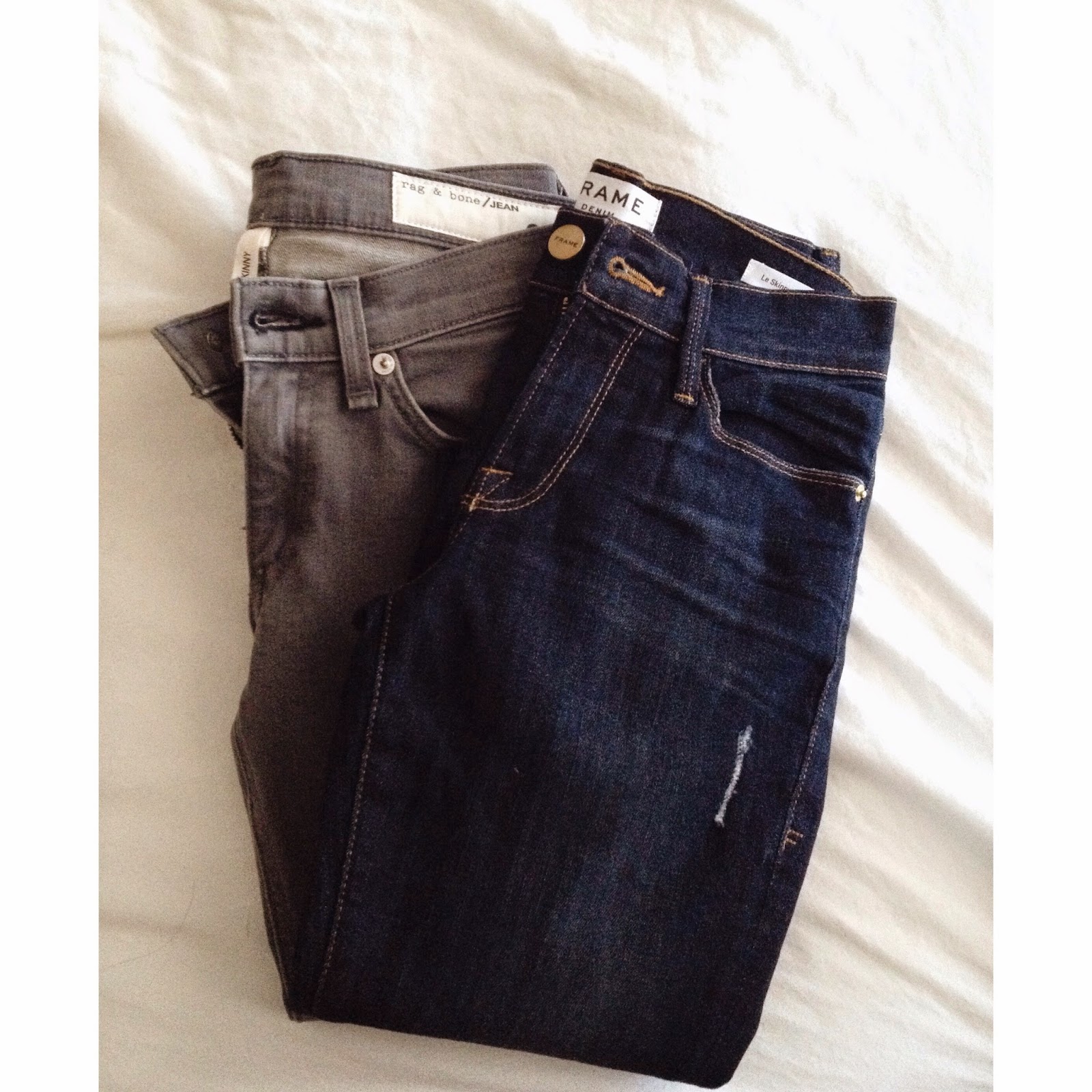 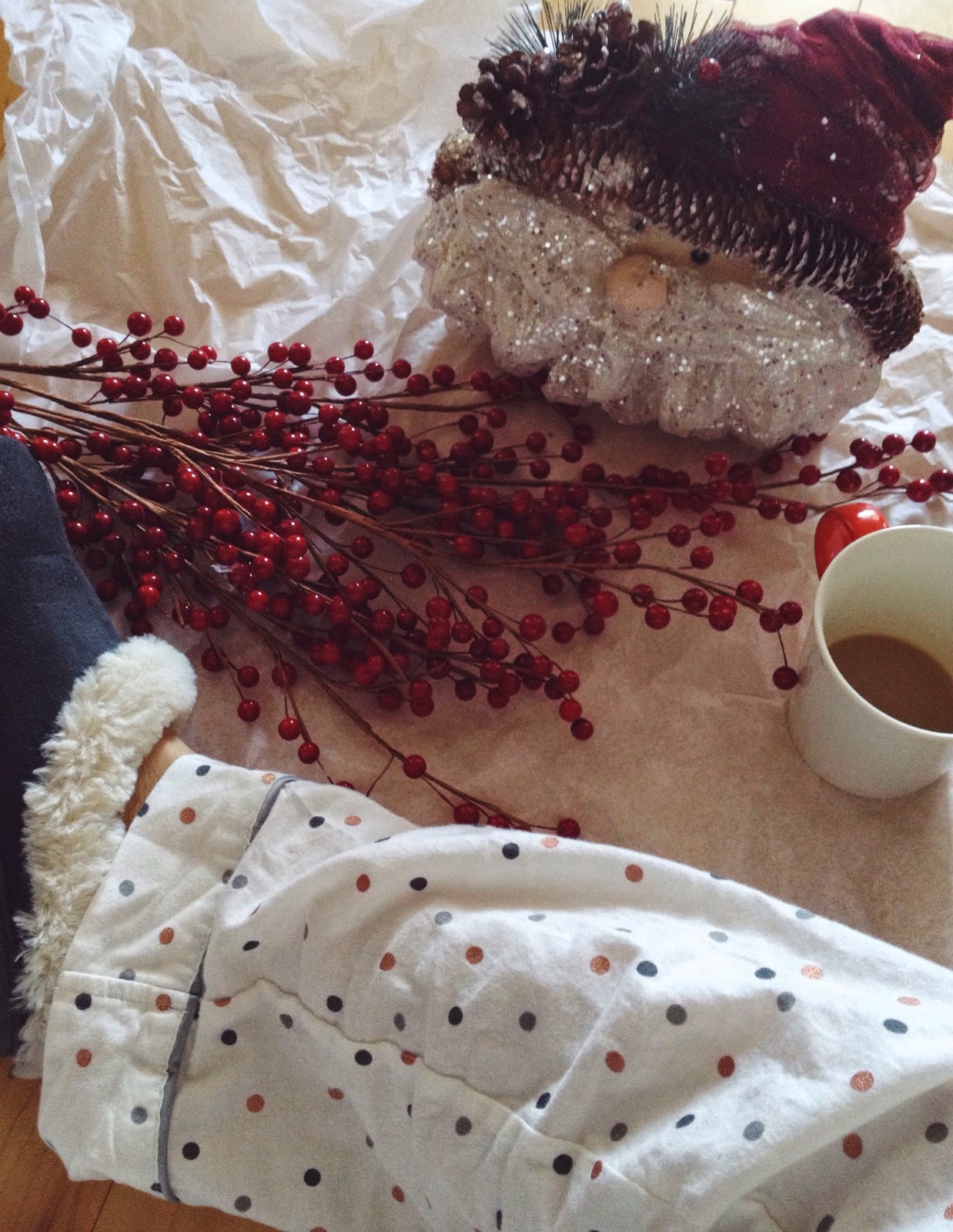 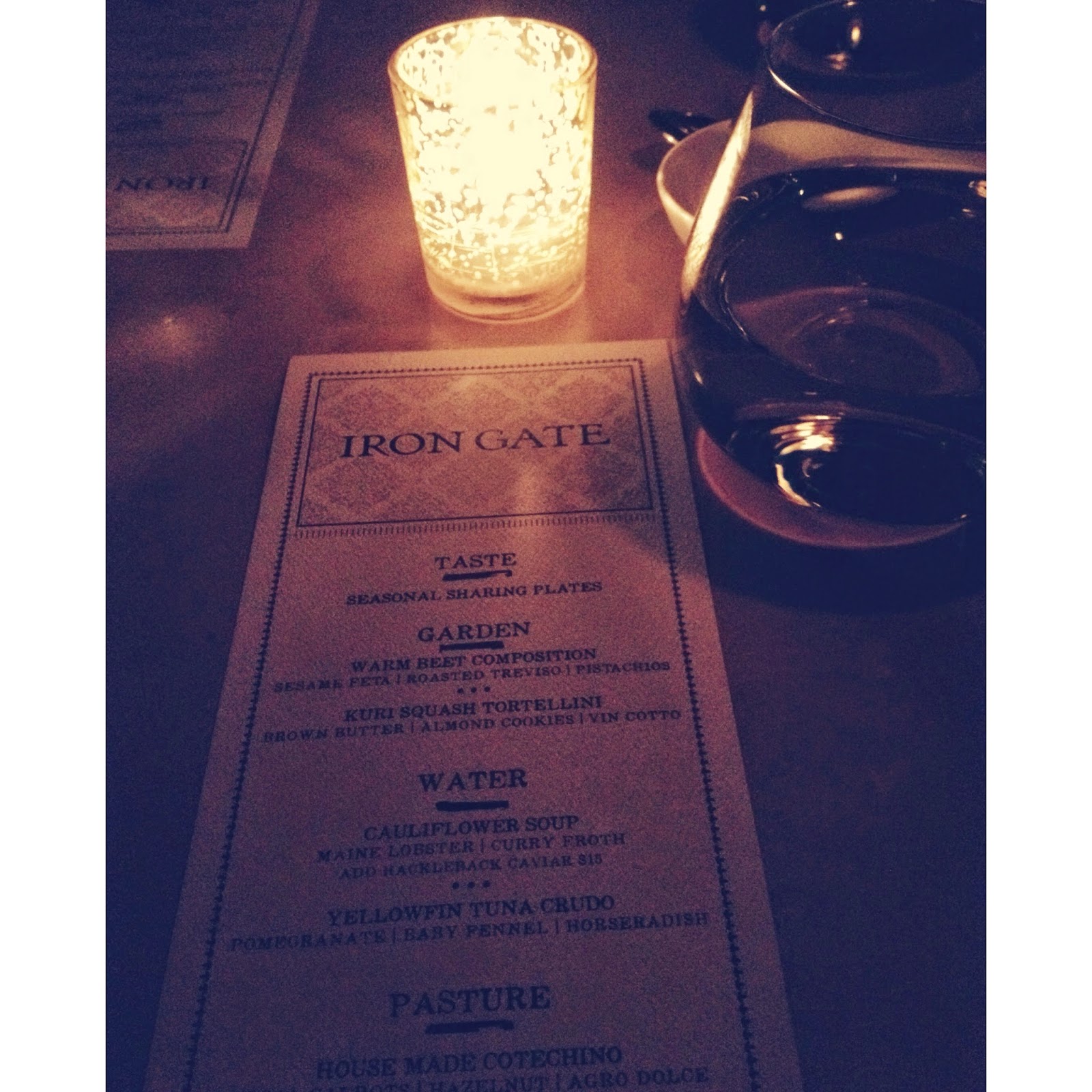 1. Finally wore my new Rag & Bone Harrow boots. This was an incredible post holiday find at a great discount (60% off!!) that was thankfully spotted by my mom and sis. Only one pair was left and in my size so it was obviously meant to be;) I own their classic newbury boots and they are incredibly comfy so if you're looking to invest in a pair of comfortable and chic ankle boots, I would recommend the classic newbury boots.

2. Checked out a new speakeasy that opened in Washington DC named, The Sheppard. It is an intimate and small space that boasts fancy and good drinks but the drink menu is limited and apparently ever changing. This would be a great place to go for a relaxing pre/post dinner drink(s). No name on the outside so just look for the green light on the building.

3. Have been mildly obsessed between two pairs of jeans I recently purchased from Frame Denim and Rag & Bone. I've been on the hunt for a pair of the perfect colored gray denims  with no rips and finally found one from my favorite denim line (currently on sale too!). The gray denims I've come across have either been too light or too dark in shade but the color, "dark iron" is the perfect shade. Frame denim is a line that I've recently taken a huge liking to because the fit and material really is amazing and comfortable. I have a feeling I'm going to need to make space in my closet for more pairs of Frame...

4. Sadly took down my Christmas decorations. I can't believe the holidays are done already and that a new year is upon us! Crazy.

5. Dined at newly opened Iron Gate and opted for the 6 course tasting menu. The ambiance of the place is top notch--romantic with a fireplace, dim lighting, cozy and intimate. Unfortunately, I was very underwhelmed with the food. All the dishes were very one note and I can honestly say there was not one dish that stood out. For the price it costs and for the dishes you get, I was disappointed and would pass on this place for dinner. But, I'd be willing to come back again only to try their brunch menu especially when seated in their cute outdoor terrace (heated during the winter).


How was your weekend? 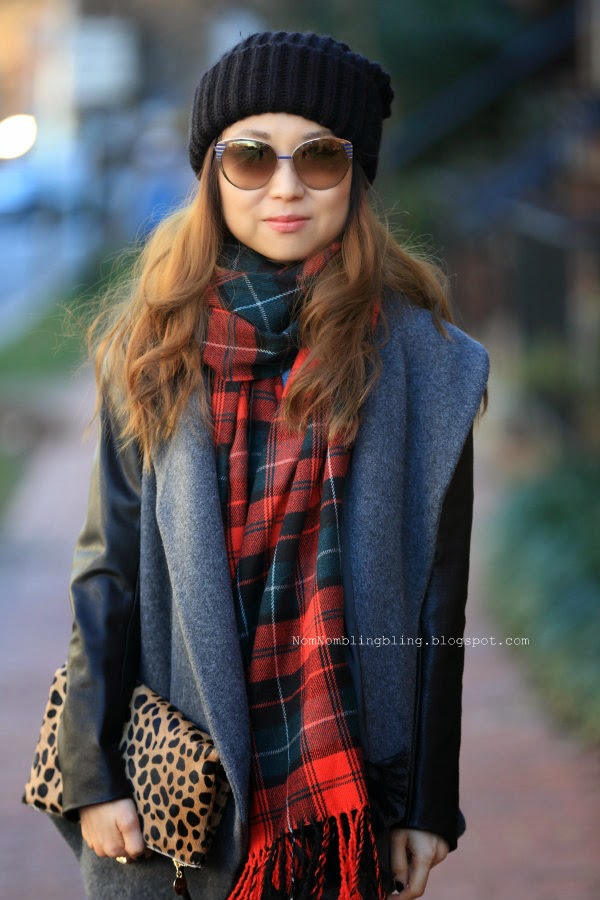 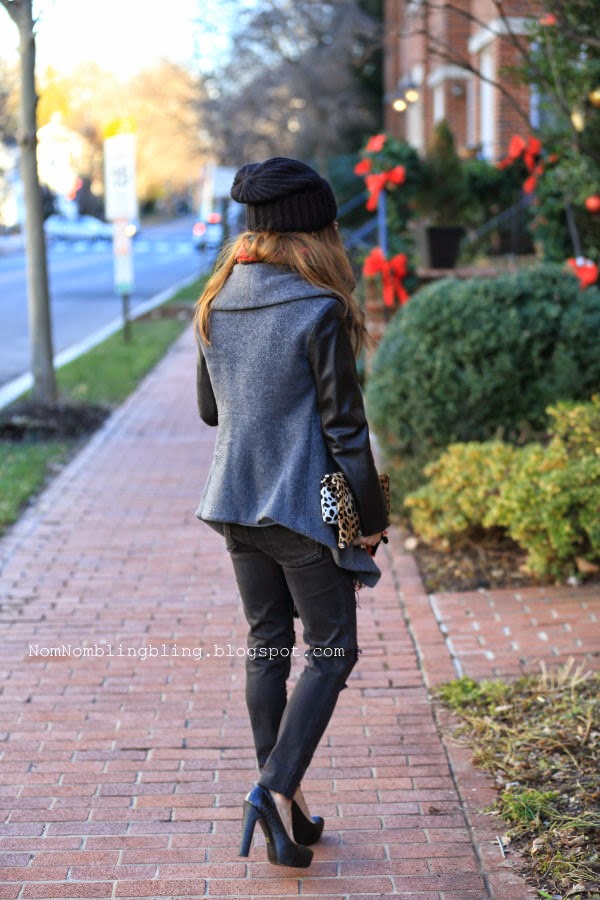 Happy New Year! I hope you enjoyed the holidays and had a safe and wonderful new year. I was planning on posting this outfit last week but the busyness that ensues during the holidays and a quick trip to NYC last week got me distracted. My apologies!

Thank you so much for following along in 2014 and wish you a healthy and prosperous new year.

Have a great first weekend of 2015. Xo.
Posted by Linda No comments: